Not so with documentary. As director of “The Hornman: It All Started With A Trombone,” my wife Jo has discovered quite a bit about how a documentary film moves forward. Most often, a filmmaker has an idea, a concept, or a person around which she wishes to make a film. Since this is a documentary, there is no script. What there must be, to start with, is footage.

I’ve got maybe 5-hours of footage (thus far) for “Meeting the Resistance!” I’m drilling down into it now (sometimes striking black gold, other times, basalt), and although I know the basic concept for the film, I don’t really know how I’m going to put it together. I think I know what I want people to get out of this film – the “take away” – but I’m not at all sure exactly how that’s going to happen.

In fact, while for a narrative film, the main bulk of the writing and story-crafting happens at the beginning, in a documentary – it happens at nearly every moment along the way.

Just saw an incredibly interesting film that started out as a fiction narrative film, but when the filmmaker got to the location, he realized he’d much rather make a film about what was going on in the country at the time. It was 1969, during the Democratic National Convention, and the film is “Medium Cool.” All the politics, beatings, tanks, tear gas and injuries – are real. He just walked in and shot stuff, because it was 1969, and no one really got it that someone sneaking in with a camera might make them look bad. There’s a narrative that weaves through it, holds it together. Really a terrific film.

Saw “connected” last night. It’s an “autoblogography” by Tiffany Shlain. She’s also the daughter of Leonard Shlain, who wrote two of my favorite books: “Art and Physics: Parallel Visions in Space, Time, and Light,” and “The Alphabet Versus The Goddess: The Conflict Between Word and Image.” He had a way of making connections between things that might seem otherwise disparate.

And his daughter has the flair. Last night, I saw in a way I haven’t before how my actions have a profound ripple effect. We are all waaaaaaaay too connected not to understand that each action we take has consequences far beyond what we might imagine, and far beyond the effects caused by the actions of our grandparents, or even our parents. And we’re only becoming more closely connected all the time.

And I learned, too, that help is far closer than I think.

I’ve got issues with depression and anxiety, and I also have fibro myalgia. My pain was up pretty good last night. I did my best to ignore it, but sometimes, if I don’t acknowledge it, and act accordingly, I start pushing that pain out into the world. Thankfully, I have a number of skills and tools that help me not direct that pain at other people – but sometimes I can be a bitchy bitch. After an excellent convo with Jo (my amazing, wonderful, beautiful wife, and a filmmaker in her own right), T. Shlain’s film last night really caused me to FEEL, down to my toes, how my actions affect the world around me, and the world farther than I can see. Just because I can’t see it, doesn’t mean it isn’t happening. 😉

So Jo and I decided that this morning, we would blog. We’re both writers of many years, and neither of us are writing.

Thanks, Tiffany and Leonard Shlain, for your brilliance, and your compassion. I see things more clearly now. And I’m inspired to DO something about … well, “it.”

What’s “it?” Life? Art? My place in “it” all? Ehn. Don’t really know. But I DO know how I want to be in “it.” Loving, creating, engaging. And for now, one of the “its” is “Meeting the Resistance!” I’ve been backed up on the film – constipated, if you will. Not after last night. 😉

I hope y’all are having a wonderful day – or, at least, you’re wonderful within it, whatever it looks like.

A Little Taste of Missoula, MT

For now, please just take a look at the stills I pulled from some footage I shot, about 50 miles north and a bit west of Missoula, in and around a little town called Moiese. My cousins live there, and they took me to a place called “The 44.” It was a bar and grill, and the bacon cheesburger (yep!) was pretty dang good. As was the locally brewed Cold Smoke Scotch Ale, by Kettle House Brewing! 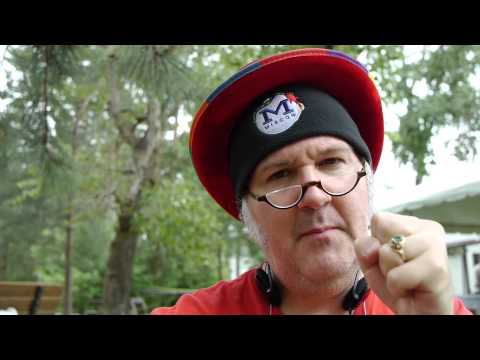 The Race to the Starting Line

What an amazing trip. And it’s just started! Here I am, as Jo drops me off

Today was a race to the starting line, folks.

I got a ride to Napa with my cousin’s mom’s husband – functionally, their dad. (That’s him – Mike – on the right.)

I went to dinner with Mike and his friend Ben. “Benjy” and “Kennedy” (Mike’s last name), they call each other. They’ve been friends for almost 60 years! Got ’em to tell me some stories of their misspent youth: almost drowning in a river, almost going over a ravine in ’53 Chevy…good times. Lovely men, and I’m very happy to be in their company.

A great start to what is shaping up to be a great trip. Hey, I just got told I might have to watch out, or at the Con I’m gonna get swept away to the local Irish pub! “No, no, don’t trow me in dat der brier patch!”